At the scale of a magnetic resonance sounding (MRS) field setup, the earth’s magnetic field in the subsurface may vary laterally with depth and over time. These variations can be caused by different natural factors and generally cannot be compensated for by accurate tuning of the measuring device. The varying geomagnetic field (GMF) causes non resonance conditions of excitation that affect the amplitude and phase of the MRS signal. Usually, variations of the GMF do not exceed a few hertz and their effect on the amplitude is relatively small, permitting us to assume near-resonance conditions for inversion. However, in some cases, the results may be erroneous if a varying GMF is not taken into account. Motivated by possible improvements in MRS inversion, we have developed a procedure for measuring and interpreting MRS data that considers a varying GMF. Our results showed that it is relatively easy to take a time-varying GMF into account. As a demonstration, we have developed the inversion of MRS data measured in Benin (West Africa). A depth-varying GMF is a more complex problem, and to consider this, we have developed an algorithm of nonlinear inversion. We have tested this approach on synthetic data, which resulted in an improved inversion. Field validation of this procedure awaits the discovery of a suitable test site with known variations of the earth’s magnetic field in the subsurface. 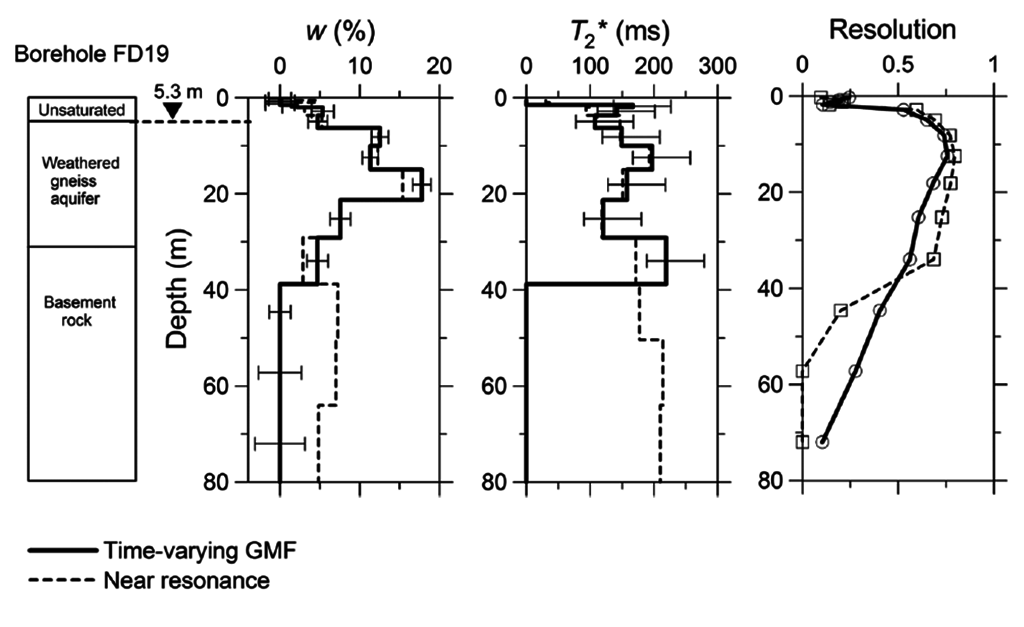